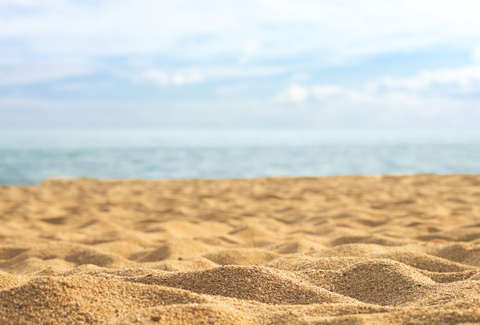 This issue of CICJ gathers a number of interconnected themes under the usefully ambiguous title ‘Borders and Hinterlands’. In early 2019 researchers from BCU’s BCMCR met to share their ostensibly unrelated research projects. What was striking about the exchange, however, was how each project necessarily wrestled to define the edges of what we might broadly describe as ‘cultural space’ and where that space begins and ends.

Researchers were engaged with a diverse range of cultural phenomena, from arts funding to gaming cultures, local music scenes to urban regeneration. Each  in their respective fields was seeking to capture and conceptualise the ‘edges’, ‘outsiders’ and ‘marginalised’ of cultural space. It was clear that locating these edges is a quagmire that may confound even the most experienced researcher.

It was felt that the theme warranted a deeper conversation in the form of this special issue of CICJ. In this second issue we build on our exploration of ‘cultural ecologies’ by thinking about ‘Borders and Hinterlands’. Our contributors explore this theme through a number of cultural lenses.

Bryony Williams’ critique of the ‘Madlands’ in Birmingham illuminates tensions that arise at the border between musical genre, ‘lad culture’ and local music scenes. While it may appear that awareness of gender inequality in the music industry is mobilising change, the lived reality in the hinterlands of Birmingham’s indie scene is that things remain as they ever were. Bryony’s personal experience demonstrates how the performative discourse of ‘equality’ holds little value in the industries grassroots.

Evelyn Fasulu walks us down a street in Hackney to draw our attention to the problematic hinterlands of Charles Landry’s ‘Creative City’(Landry and Bianchini, 1995) which is reduced to rubble under the abundance of critiques of gentrification. The narrative will be familiar; the march of ‘the creative class’ into community spaces previously occupied by the urban poor; culture-led colonialism, artists instrumented as ‘foot soldiers of gentrification’ ‘artwashing’ for the benefit of unscrupulous property developers; Landry’s utopia now a moral quagmire. Rather than jettison this narrative, Fasulu introduces some much-needed nuance, demonstrating how local urban planners may require ‘aspects of old Hackney to stay the same’ (Fasulu, 2020). Does this equate to protecting endangered communities or is it curating notions of diversity for the benefit of ‘cool bohemia’?

Angela English takes us into both real and metaphysical borders and hinterlands through her research into fragmented local archive film and the opportunity that it affords for people to investigate their heritage and history outside mainstream culture. This is part of her ongoing exploration of practice with fragmented archive film in peripheral spaces/places around London focusing on the relations of the centre to the periphery in urban spaces, in the archive and between the archivist/practitioner and the community. In this paper, she draws on her study ‘New Towns, Our Town: Stories on Screen’ in which she explores  responses to local film archive footage  from residents  in the first four of the UK’s New Towns situated on the outskirts of London.   Her study demonstrates how using the lens of local archive film can be a rich opportunity for people to engage with  images and sounds that are not included in any ‘official’ archive and feel that not only their own history but that  of their locality  have meaning and value.

We welcome submissions for future issues from Master’s and PhD students around the world. The contributor guidelines can be found on our website. If you are interested, please contact Managing Editor martin.cox@mail.bcu.ac.uk