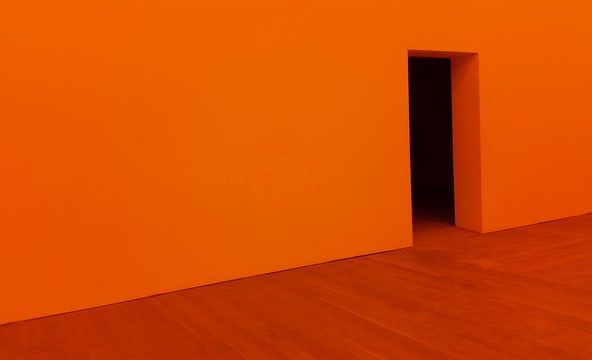 Welcome to this inaugural issue of Makings journal, an online peer-reviewed, open-access publication concerned with the cultural and creative industries. Our Editorial Team is primarily based in the Creative Industries Cluster at the Birmingham Centre for Media and Cultural Research (BCMCR) at Birmingham City University (BCU). This journal is a rebranded version of its predecessor, the Creative Industries Cluster Journal (CICJ). While the thematic focus of the journal has not changed, by renaming it to Makings, we hoped to widen its appeal, addressing more explicitly our interest in the cultures of production and more broadly in the various practices happening within the creative industries as well as the complex conditions shaping them. One principle we carried through from CICJ is to make the journal especially welcoming for postgraduate researchers from across the UK and beyond, providing them with a platform to disseminate emerging ideas and approaches, though we welcome contributions from researchers at all stages. As part of the rebranding, we have introduced a new section to the journal, Studio, aiming to accommodate contributions in less conventional formats, such as short think-pieces and experimental works in all kinds of multimedia formats. The first contribution to this section, released in June 2021, is a podcast by Saba Karim Khan. She critiques the culture of toxic masculinity in Pakistan, presenting the need for a new form of alternative masculinity.

The contributions to this issue centre around the theme of alternativity. Alternativity is an equivocal concept, taking on different meanings depending on the context it is applied to. Yet, the notion of alternativity in its broadest sense can be characterised by two overarching ideas. Firstly, and more importantly, alternativity is a relational term; whatever is described as alternative, it is described, in one way or the other, in relation to something, it is alternative to something, usually more dominant within a given setting (Just, De Cock and Schaefer, 2021). Indeed, each contribution to this issue focuses on a particular practice, concept, context, or phenomenon perceived as an alternative to another such practice, concept, context, or phenomenon. Secondly, alternativity can be thought of as inherently subjective (White and Williams, 2016; Ariel and Mauri, 2019). At the end of the day, it is human subjective reasoning that confers alternativity on states of being (Ariel and Mauri, 2019). This is realised in a sense in which we locate alternativity within plurality, transforming ordinarily meaningless choices into competing options (Ariel and Mauri, 2019). Consequently, the alternative can be as much of an objective fact as it can be a subjective creation. White and Williams (2016) go further to suggest that, in practice, the alternative is the mainstream, whereas the mainstream is the alternative. Their research into non-capitalist work practices found that people in UK households defined non-capitalist economic practices as mainstream due to their “centrality and omnipresence in everyday life” (p. 327). This view is different from that imposed by corporate executives, who see non-capitalist models as alternative. This, in turn, raises questions about how alternativity is defined in juxtaposition with – or in relation to – the mainstream, whether people assume or are assigned alternative labels (Holland and Spracklen, 2018), as well as the power dynamics involved. Therefore, by looking at a diverse range of practices and contexts that can be viewed as alternative, this issue aims to enrich our understanding of the notion of alternativity in the creative and cultural industries specifically and explore ways in which alternativity as a concept is (de)constructed by various actors within them.

Alternativity has been traditionally conceptualised as a form of activism, implying the existence of a certain tension between the alternative and what it is juxtaposed with. For instance, Holland and Spracklen (2018) advocate for viewing alternativity through an activist and countercultural lens, defining it essentially as the means by which people, places, practices, objects, and ideologies are able to resist mainstream cultures.  Our first contributor, Rana Mohamed, addresses such tension in her exploration of the verlan as a countercultural slang used by French migrant minorities in their films, songs, and everyday usage. She further examines postcolonial and subaltern vestiges in considering why the traditional linguistic establishment in France has refused to incorporate verlan words in the linguistic register. Her work underscores the essence of alternativity in (counter)cultural discourse and how being alternative is effectively a tool people choose in their quest to oppose mainstream forces.

The second contributor, Maisie James, similarly utilises the concept of alternativity to describe a certain degree of opposition to ‘the traditional’, though to a slightly lesser extent. James considers how alternative dance practices can be adopted by the mainstream. Her work focuses on somatic practice, an alternative mode of dance based on the body-mind connection, breath awareness, and the experience of the self. It stands in contrast to the traditional dance methods that are widely taught in higher education.

In the third contribution to the issue, Vincent Obia adheres to a similar approach to alternativity, defining it as something that is marginal and stands in opposition to a generally accepted worldview. Obia considers social media regulatory policies in five African countries as alternative to emerging principles in Western countries. Focusing on the question of how publishers are defined in the African-Western domains, he argues that the African interpretation is based on censorship with enduring questions for the debate on social media regulation globally.

However, not all perspectives on alternativity see it as necessarily being in active conflict with their ‘counterpart’. In the following contribution, Lauren Baker examines craft practitioners in Scotland, approaching their activities as an alternative, unconventional form of entrepreneurship. Baker explores how the practitioners negotiate their relationship with craft development organisations and whether they maintain their alternative craft identity when facing requirements to have more ‘conventional’ business models. Rather than seeing craft development organisations and alternative entrepreneurial craft practices in opposition to each other, she considers the importance of collaboration and partnership between the two and calls on the former to better understand the needs of the sector.

Hinting towards the existence of a certain connection rather than complete binary opposition between the ‘alternatives’, our fifth contributor, Valentina Anania, explores the fluid nature of transmedia authorship using Wizarding World as a case study. Anania argues against approaching transmedia authorial authority as centralised and fixed, highlighting instead a fluid authorial system, consisting of the central author as well as alternative authorial figures, which constantly move between the centre and sidelines of the transmedia franchise.

Reference to a rather shifting character between alternative and mainstream can also be found in the work of our next contributor, Zack Ditch, who looks at the entrepreneurial aspect of drag. Ditch notes the deradicalisation of this art form and its move from the margins to the mainstream. Yet, his work focuses on drag performers in an alternative, underexplored setting – that is, in smaller, regional queer communities in Nottingham, a setting that Ditch juxtaposes with the prevailing geographical context in the field, i.e., the United States and major metropolitan cities. Analysing drag performers’ Instagram profiles, he explores how they negotiate access to the neoliberal attention economy on social media, underscoring the existence of dual performance, as drag performers are expected both to perform on-stage and to demonstrate social media expertise.

Alternativity in relation to the regional and international contexts is also found in the closing, conceptual contribution to this issue, where Kateryna Sivak questions the framing of informal media practices, such as ‘piracy’, as alternative. Highlighting the often-central role of informality in media economies of the non-Western, Majority World countries, Sivak cautions against blindly accepting their status as alternative, which implies that there exist other, hegemonic media access providers. She argues that since many less-formal practices are seen there as the norm, as the only known and available option to access content, they effectively represent a mainstream avenue, which should not be defined as alternative simply because of its label in Western economies.

The contributions in this issue all point towards different ways of conceptualising alternativity in theory and practice. Each author presents valuable insights not only into the ways alternativity as a concept can manifest itself in varying contexts but also into the significance of the role those diverse alternative practices play in the creative and cultural industries.

We welcome submissions for future issues from researchers around the world, including Master’s and PhD students interested in all the intricacies and complexities of the creative and cultural industries. More details about the focus of the journal and the contributor guidelines can be found on our website. If you are interested, please get in touch with Co-Editors Kateryna at Kateryna.Sivak@mail.bcu.ac.uk and Vincent at Vincent.Obia@mail.bcu.ac.uk.